Milkweed Mondays are a special series of blog posts that highlight the species of Asclepias we will be offering this year for purchase at plant sales, community outreach events, and our annual Open House.

Our Experience: Another non-native annual milkweed that we make an exception to have in our habitat. It was the first milkweed we grew in our garden in 2012. We collected and raised out first caterpillars from it. The leaves are a good source of food for later in the season. It is easily grown from seed. The new cultivars are visually pleasing, but we have had limited success with growing them as easily as the original plant.

Pros: It thrives late into the season and provides food for late season caterpillars. It tolerates being grown in containers unlike other species of milkweed that do best when planted in the ground.

Cons: A couple of years ago an article was written proclaiming tropical milkweed was bad for Monarch caterpillars as it can accumulate OE spores, and that it was preventing Monarchs from migrating to Mexico. Misinformation spreads quite easily these days even though there are plenty of free resources. The plant accumulating OE spores is only an issue for the Gulf Coast states where the plant is not killed by frost. In those areas it just needs to be cut down during the winter months. As for preventing Monarch migration there is conflicting information. Perhaps in some regions it does have an impact.

When a slower response is ok 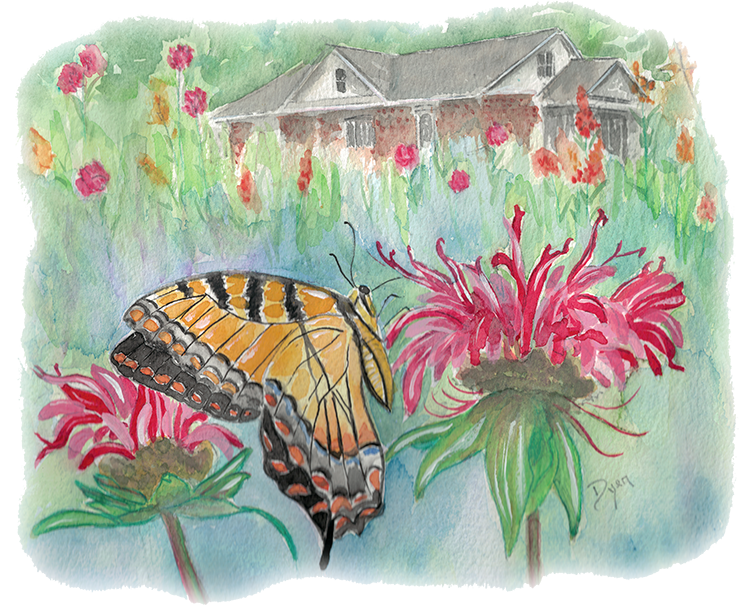